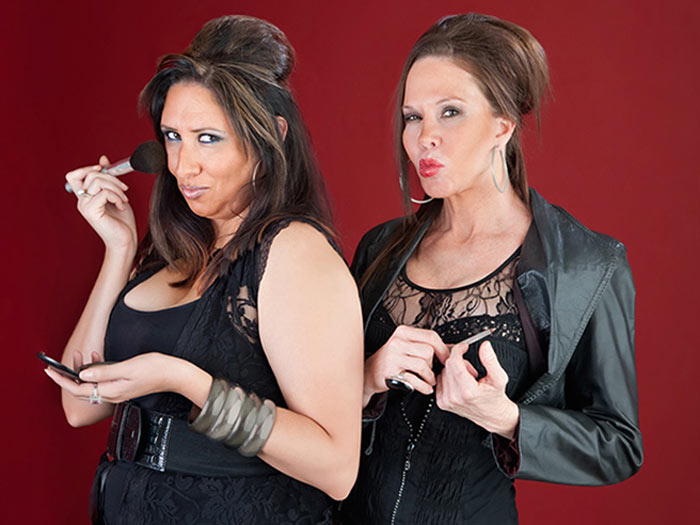 If you haven’t heard the term cougar, you have been living in a cave for the biggest part of the 21rst century. It is a term more widely used now than ever before. Not only are there celebrity cougars, movies about cougars and television shows geared at cougars, they are in everyday life as well. A cougar is a woman who dates a man at least 10 years younger than her but there are a lot of other details and characteristics that make a woman a cougar. Its more than a 10-year age gap but a way of looking at life and enjoying you place in it. Look over the checklist below to see if that lovely older woman you have your eye on is a cougar. Read on to learn what makes a woman a cougar?

A Cougar Enjoys Her Men Young

A cougar is a woman who enjoys dating men younger than she. Most often she is given this label after the age of 35, but women of all ages can be cougars if they prefer dating younger men. The age limit is thought to be when a woman is past her immature years and venturing into more mature, responsible times of her life by most standards, but a woman of 28 can be a cougar if she’s dating an 18-year-old.

A cougar Is Attracted To Cubs

A cougar is attracted to younger men or cubs, as they are lovingly referred to. A cub is at least 10 years younger than his cougar and dedicated to having fun with her and making her happy. He doesn’t mind the age gap and is, in fact, excited by it and the possibilities it brings. Cougars often find that men of a certain younger age are the ones that most often flirt with her or she may even specifically choose to only date young men.

Cougars are named such because of their predatory man hunting techniques. When they see a man they are interested in, they pounce. Regardless of age, demographics, location or income. It is all about the attraction for a cougar. They aren’t afraid to go after what they want. Cougars love male attention and understand how to get and keep it. It is what sets them aside from other women.

What Makes A Woman A Cougar? – Health & Good Looks

Taking care of their looks and health is another characteristic that makes a woman a cougar. Cougars make their appearance and health a priority and most have done so way before they were considered cougars. They invest in nice clothes and expensive manicures and hairstyles. Some cougars chose cosmetic surgery occasionally and regular gym visits are a must.

Cougars Have No Shortage Of Confidence

Extreme confidence and self-assurance makes a woman a cougar. Cubs always notice a cougar’s confidence immediately. Their self-confident mannerisms ooze forth in their everyday actions. Their smile, laugh, conversations, and flirting style all point to a woman with no personality issues. Cougars are not pushy or adamant about their point of view. Instead, their confidence allows them to feel quietly satisfied in their knowledge and only pass it on when needed or wanted.

What Makes A Woman A Cougar? A Successful Career & Personal Life

A successful career and personal life usually makes a woman a cougar. They have achieved a balance in their lives that allows them to reach higher career goals and achievements. They no longer sweat the small stuff and stress is mostly a nonissue. They learned long ago how to deal with life’s little problems (and the big ones) and came out stronger on the other end.

What Makes A Woman A Cougar? – Financial Security

Financial security also contributes to making a woman a cougar. She has worked hard at getting her career in order and its payed off. She is free to buy and invest in anything she pleases and often it is a young cub that she invests in. Cougars don’t mind spending a little money on and treating their young cubs. It’s a labor of love and they enjoy being able to do it. That isn’t to say they always want to pick up the tab. The cubs should also go that extra mile every once in a while, and treat their cougar to something nice.

What Really Makes A Woman A Cougar?

What really makes a woman a cougar is simply dating a man 10 years or more younger than them. CLICK HERE for – 8 signs she is a cougar. There are lots of little personality quirks and characteristics that many cougars share but they aren’t all the same by any means. Cougars are uniquely different women who share one common factor; a love for younger men. Each cougar relationship is different and each woman brings something special to the relationship that no other cougar can do. It is easy to group them all together and assume that every cougar has all of the above traits. However, knowing that each cougar is just as different as a snowflake gives you a better understanding of the dynamic of May/September relationships.

Take the time to get to know your older woman and enjoy the uniquely her traits that make your cougar a cougar.

Article
, Cougar, Cougar Dating, May/September relationships, Movies About Cougars, Signs she is a cougar, What makes a woman a cougar
« 8 Cougar Dating Intro Message Tips That Will Get Her Attention How To Meet A Cougar On Plenty Of Fish »