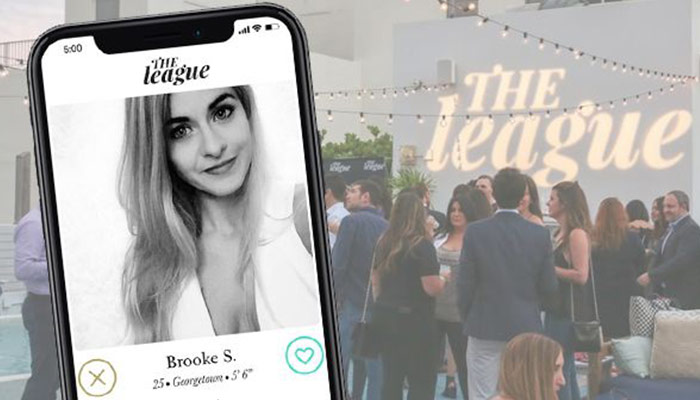 The League is a new dating app just launched in 2015. (Download it here) It is another swipe-based dating app but has a few twists others don’t. It’s for both Android and iOS. It is members only and geared toward the professional crowd. Matches are made from Facebook and LinkedIn similarities. Users swipe left or right for interest, but they are also assigned their own personal advisor to help with app-related questions. You are shown five matches per day. Create groups, organize events, and meet others based on age, location, career, and other interests. Some of these features are great for meeting a cougar on The League.

The major talking point about this site is its extreme exclusivity. It is so exclusive, in fact, it has garnered some negative attention. Potential users must fill out an application and get on a waiting list unless they have a ticket from a current member. Bloomberg Businessweek criticized the app for being so exclusive and citing racism. Members are primarily in their late 20’s, so can you even meet a cougar on The League? Odds are against it.

They claim to only accept 20% maximum of the members who apply. Most of which, 99% to be exact, have college degrees. The good news for cougar lovers is that as of 2016, the app began taking applications from people over 40 years old. While this increases your chances to meet cougars on The League, they are still pretty slim. The waiting list is over 130,000 people long though so maybe there are a few more coming.

You Meet Cougars on The League Thanks To Exclusivity

The chances of meeting cougars on The League could be impressive in the future. Mainly because the site offers a lot of features that attract cougars. The exclusivity is a big part of it. Cougars love a good mystique. The allure of uniqueness is hard to resist. We have all been attracted to secret clubs since we were kids. It makes us all feel good to know we were accepted into something not everyone can be.

Education Helps You Meet Cougars on The League

Almost every single one of the members have some kind of degree. Cougars have had the years to invest in their education and being somewhere where they can interact with other educated folks, especially in an environment that is difficult to be invited into. It perpetuates the elitist feelings and gives cougars a little bump in their self-esteem. They also like the fact that anyone they get matched with is going to be smart. Maybe an intellectual, which a lot of cougars go for.

This dating app uses Facebook and LinkedIn to figure out your interests and personality traits and plug them into their matchmaking algorithm. They do not use your friends, acquaintances, or connections on the app. No fear of finding your coworkers or boss standing around the watercooler tomorrow giggling over your profile. They also run a background check on everyone they let in. No more worries about stalkers, weirdos, scammers, and serial killers.

Picky Privilege Helps You Meet Cougars on The League

Exclusivity has its benefits. The League allows it members to be just as picky and superficial as their little heart’s desire. Choose a specific height if you’re into tall gals or little shorties. Settings for women of a specific religion or with a certain habit will get you what you want. This means age preferences too. Set your age preferences right and you will get a shot at all of the cougars who are accepted.

If your goal is to meet cougars on The League, you may find it hard. At least for a while. As with any elite community, there are pros and cons. They aren’t for the masses. That’s the point.

Article
, Meet cougars, Meet Cougars On The League?, meet cougars online, The league, The League dating app
« How To Ask A Cougar For Butt Stuff 4 Cougar Sex Positions You Have to Try »