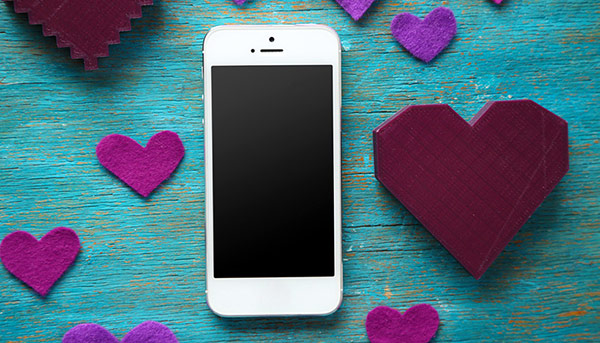 Let’s be honest, it’s pretty awesome to be dating in the time of smart phones. Messenger apps, Snapchat, the Facebook messenger app’s video call feature, they’re all absolutely perfect for sexting your girlfriend on-the-go. And who isn’t on-the-go these days. Like it or not, sexting is an integral part of dating now, and being able to effectively and sexily text your significant other can add some serious spice to your relationship. Sexting is especially important when you don’t live with your girlfriend and need to turn her on from long-distance.

Spice It Up With A Little Sexting

If you’re dating an older woman, this rule still doesn’t change. In fact, for many older women dating younger men, some dirty texting is even more arousing and appreciated than with younger women who are more used to (and therefore less impressed with) some “A” quality sexting. This is not to say that cougars are like classic elderly people being both flabbergasted with and impressed by simple technology that we take for granted. On the contrary, women who date younger men are almost always current with technology since they tend to socialize with and date within the younger crowd anyway. Still, it’s almost unheard of for any cougar not to enjoy great sexy texting with her cub, especially if he knows what he’s doing.

So what can you expect when texting your cougar girlfriend and trying to get her excited? Older women tend to love being teased any time. Phone sex is always a great way to spice up the relationship if one of you is away, but what advantages does sexting offer in addition? Well, texting in general eliminates awkward pauses present in vocal conversation, which can be magnified a thousand-fold when trying to have phone sex and being pressured to say the exact sexy thing at the exact sexy time. You read, or look at in the case of pictures, the text from your significant other and have a minute to enjoy it in private and craft the perfect response, which potentially eliminates undesirable or awkward interaction altogether if you’re clever or flirty enough.

Don’t Forget To Add A Pic

Your older girlfriend will love reading your texts and studying your pictures that are specifically aimed to drive her wild. Start with a teasing picture (fresh out of the shower wearing only a towel is always a winner) and some light flirting and slowly get her revved up. Each time she responds and tries to go forward or get more, lightly pump the breaks and keep her waiting for it just a little longer. The anticipation will drive her crazy, like reading a romance novel and waiting for the moment they finally go all 50 Shades of Grey on each other. Most likely, she will be able to get even hornier over text, especially early in the relationship, since she will be alone on the other end and feel comfortable enough to enjoy your conversation with as much privacy as she wants.

Speaking of the romance novel aspect, this is a wonderful place to start for any of you young cubs out there who have no idea how to sext your cougar without making it awkward. Hell, most of us fellas can barely think past a dick pic followed by, “You like?” Effective texting with any girlfriend and especially your cougar begins at light teasing, however. When you start, she shouldn’t even be fully aware that you’re about to get sexy on her either. Let it be a sneaking suspicion, followed by more and more clues that add to a narrative where you explore some crazy fantasies with her. Do it right, and you may get to play those out later with her in person. One of my personal favorites is bringing up a vacation, such as, “We should spend a weekend at a private beach as soon as the weather gets warmer.” She’ll of course say, “Hell yes,” and you can follow that up with some sexy teasing about exactly what you want to do with her on the beach. Send her a pic of you flexing those abs hard in your swim trunks, followed by a pic with them untied or pulled down lower. Give her some imagery while simultaneously letting her imagine the romantic beach sex scene you’re describing to her.

Don’t Be Afraid To Mix In Some Video Chatting

Now, we’ve gone into a lot of detail, so let’s back up and get some perspective. Knowing how to text your older girlfriend and spice up the conversation by making her aroused in just the right way is a fantastic spice for your sex life. The odds are that she is dating a younger man in the first place for some sexual excitement, and that doesn’t just need to be contained to the bedroom. Use other rooms of the house, find some safe places outside to get dirty, and sue every weapon in your arsenal. Download Skype and get a webcam set up, and practice sexting your cougar and making her want you around the clock.