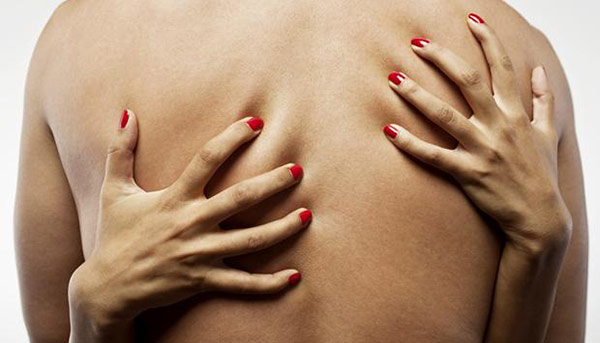 Many guys in their mid-20s get tired of dating all of the same girls also in their mid-20s. You’re both broke, trying to figure out life, trying to do what’s best for you while trying not to be too selfish. Dating during this time of your life can be difficult. Enter: The Cougar. A woman with life already under her belt, who just wants to be excited and surprised and romanced by a man who isn’t also going through is midlife crisis.

So let’s say you found that cougar who just drives you wild. Click here for reasons you should date a cougar. She’s intelligent, mature, sexy, wry, and actually has some financial comfort. She makes you want to get your shit together, and you make her feel alive again. The next step, of course, is making sure the sex is fantastic. Everyone in a mature relationship knows that sex is extremely important. The frequency alone may not necessarily be an issue, but the quality of the sex and the depth of the connection between you is the bedrock of any great relationship. So how can you guarantee that you won’t make her regret her decision in pursuing a cub?

Be creative and keep your cougar guessing

Missionary isn’t going to cut it more than once, so learn some new sex positions if your arsenal is a little thin. She wants some excitement form you, so keep varying the ways that you make her orgasm and she’ll always be surprised and satisfied. If you’re going to role play or dabble in sadomasochism, maybe don’t surprise her with that. After all, sex is a team sport. Never let yourself become predictable in bed though. Hell, mix it up one night and give her an orgasm in the shower entirely by oral. Speaking of which

Don’t go straight for the goal

You may be able to get away with some light dirty talk and going straight for penetration with your girlfriends from college, but this is a whole new ball game, bud. Even if your older girlfriend is less intimate and into the rougher stuff doesn’t mean you need to forgo the romance. Always keep kissing in play (as soft, passionate, or rough as the situation calls for) and make sure she is begging for it before you think about penetration. She is sexually experienced enough to know how important foreplay is, so you better not ignore it on your end. Make sure she doesn’t just want it, she has to need it.

Be confident, but not dominating when dating a cougar

A cougar goes out and finds herself a cub because she’s looking for stamina, virility, and enthusiasm in bedroom. Make sure you bring all of those things to the table or kitchen floor, or Target bathroom, I won’t judge and make sure the vibe you give off is strong and confident and not timid and hesitant. That being said, your cougar has as many sexual years as you’ve been alive, so you’d be a fool not to pay attention to her erotic wisdom. If she non-verbally suggests a position change or something you weren’t expecting, it’s in both of your best interests for you to go with the flow and let her teach you something. Sage advice is never to be ignored.

As a society, we lump “cougars” together as one large, ambiguous term that doesn’t really capture the dynamic of the group. The truth is, every older woman who dates a younger man is doing it for different reasons and has different goals in mind. Some cougars may be dominant predators that find a guy, has her way with him, and leaves him in the dust wondering how he became her prey and whether or not to tell his buddies all the details. Others, however, will be insecure about dating a younger man and that may translate into the bedroom as well. So, if you don’t have a feisty cougar who just wants to use you and lose you (dude, you’ll know), then her comfort should be your primary goal in your first couple sexual escapades. Go slow, be romantic and never apply pressure before getting into bed, and if sex is on the roster then don’t undersell the foreplay.

You’d be a fool to forget about using technology to get her off. Play the cards in your hand! Just because she is a little older than you doesn’t mean that your cougar won’t know how to sext. You’ll be pleasantly surprised at how effective so quality flirting over text or messenger is to get your older girlfriend both aroused and comfortable. Make your flirtations a narrative to allow her to use her imagination, don’t neglect the pictures, and make sure your end game is always her pleasure over yours. And if all else fails, convince her to come over and apply what you’ve learned!