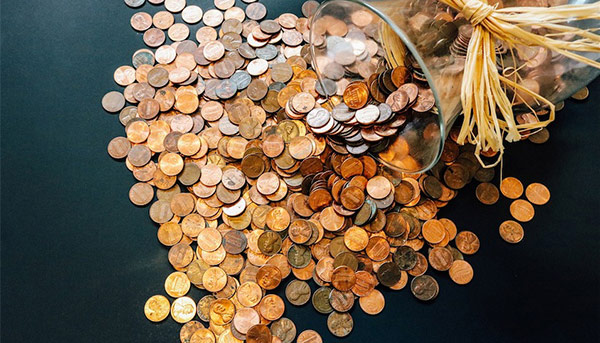 It is a common misconception to think that you have to have money to date a cougar. People think that because cougars are women used to getting what they want, it must be expensive. That simply isn’t so. You don’t need money to impress a cougar. As a matter of fact, if you have a good imagination, a little spare time and self-confidence, you can impress a cougar (or any woman) all alone better than any amount of cash ever could.

The Power of a Picnic

One of the easiest but also over-done ways to impress a cougar is the good old fashioned picnic. Not the kind with an expensive bottle of champagne and imported strawberries. No, this type of picnic can be free of anything pricey and just be about you, her and a couple of sandwiches. A cougar loves the thought and time put into time spent with her more than anything else. A spontaneous picnic is a great idea too. It doesn’t have to entail months of planning. Just a desire to be with her and make her smile. Tips for planing a romantic picnic.

No Time To Flounder When Dating A Cougar

If your entertaining the idea of dating a cougar, be ready to come with you’re A-game. The worst thing you could ever do in a cougar situation is to approach her with the mindset that because she is older, she will take any man younger than her who expresses an interest. It would not serve you to do so because the exact opposite is actually true. A cougar is already established in life. She isn’t interested in any man who treats her like she is desperate, no matter how young and hot he is.

Just because she doesn’t need you for your money and financial support doesn’t mean she wants to pay for every meal. A cougar appreciates being treated like a lady this means picking up the tab when you take her out. Even if she makes more money than you do, you should still pay for the majority of the dates unless she offers.

It is super important, when dating a cougar, to have your own opinions and ideas on life’s philosophies. Cougars are more often than not well educated, learned and intelligent women. They want to have a conversation, not hear their own opinions regurgitated back to them. Nor do they want to hear what you think they want to hear. Believe it or not, they can instantly tell if your attempting to give them a watered down version of how you feel an older man would answer. She’s dating a younger guy because she wants to hear younger points of view.

All too often a younger man will think they have to be submissive to date an older, more mature woman. This couldn’t be farther than the truth. Don’t be afraid to show your strengths and accentuate what your good at. Cougars have no trouble at all finding a young guy to follow them around and venerate their every move. It’s something altogether different to get a man who is straightforward and has no problem letting his real personality shine. That shows confidence and self-respect. Both of which are very sexy traits.

Being a cougar means a lot of life experience which means they can smell a lie a mile away. Cougars are very good judges of character, making it hard to run any kind of game on them. They recognize honesty just as quickly and respect it even more. Honesty goes a long way with women who are tired of guys who think they can pull off anything with any woman they want to.

The very bold truth is that there is one thing every cougar is looking for in a cub. Sex. They seek the stamina and excitement that middle aged men sometimes lose. Go here to learn how to increase stamina in bed. They also crave the younger, harder bodies of men at least 10 years younger than themselves. This being the case, be sure you’re in tip top shape when it comes to pleasing a woman sexually. Know what women like and where everything is. This isn’t the time to get shy or forget all your best stuff. Make sure you can keep an erection long enough to make her happy and don’t reach the end of the event too quickly.

Cougars know what’s going on. They are aware of current events and have an understanding of world affairs. They can talk to you about the latest fiction, a great art show or a new band playing that weekend. Cougars are women who aren’t afraid to pursue interests’ others deem “too young” for them. They may listen to pop music, know more about rap than you do or always be up for a concert.

Impressing a cougar on a budget is a lot easier than you think. Dating a cougar is about honesty and adventure. Trying new things with someone you enjoy is the focus.